Accreditation Statement:
The Montana Osteopathic Medical Association is accredited by the American Osteopathic Association to provide osteopathic continuing medical education for physicians and designates this program for a maximum of 1 AOA Category 1-A credits and will report CME and specialty credits commensurate with the extent of the physician's participation in this activity.

Planning Disclosure:
The Montana Osteopathic Medical Association Education Planning Committee has no relevant financial relationships with any organization producing, marketing, reselling, or distributing health care goods or services consumed by, or used on, patients relative to the content of this presentation. 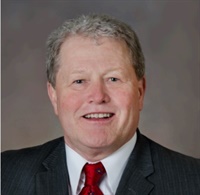 Dr. Gubler graduated Cum laude from the University of Utah with a BS degree in biology.  Receiving a United States Navy scholarship, he was commissioned in 1978 and he attended the Des Moines College of Osteopathic Medicine and Surgery and received his DO degree in 1981. Following his graduation, Dr. Gubler was promoted to Lieutenant in the United States Navy Reserve and assigned as a family practice first year resident at Bremerton Naval Medical Center, Bremerton WA. Following completion of his first year of postgraduate training, Lieutenant Gubler was assigned to the Naval Aeromedical Institute, Pensacola FL where he earned the designation Naval Flight Surgeon. Following his training at Pensacola, he was assigned to the Fleet Marine force, 3rd Marine airwing, where he earned backseat qualifications in the RF-4 as a photo reconnaissance officer. While stationed with the Marine Corps, LT Gubler was the senior medical officer for the MAG 70 rapid deployment force, completed the Tropical Medicine Course at Gorgas Memorial laboratory, Panama City, Panama, completed the Army Jungle survival course in Columbia, deployed multiple times, was promoted to Lieutenant Commander and augmented to regular United States Navy.

Following his four-year tour with the Marine Corps, Dr. Gubler completed his general surgery training at the Naval Hospital Oakland, California.  He was promoted to Commander USN in 1986. On completion of his surgical residency he was assigned to fellowship training and attended the University of Washington in Seattle. During the two years at the University of Washington he earned a Masters of Public Health Degree in Epidemiology, completed a Preventive Medicine residency, and completed a fellowship in surgical critical care and trauma at the University of Washington, Harborview Medical Center. Completing his training, Dr. Gubler became Board Certified in Preventive Medicine, General Surgery, Surgical Critical Care and Neurologic Critical Care.

In 1991 Dr Gubler was assigned to Naval Medical Center San Diego and as a staff Epidemiologist at the Naval Health Science Research Center in San Diego, California. He was Director of Surgical Services on the 1000 bed casualty receiving ship USNS MERCY, Co-director of Critical Care Medicine, Head of a Division of General Surgery, Chairman of the Committee for the Protection of Human subjects, and active in clinical research. He was Permanently promoted to Captain United States Navy. In addition to military deployments, he was assigned additional duty at the University of California Davis Medical Center in Sacramento, California and at the Scripps Memorial Hospital in La Jolla, California as a trauma/critical Care surgeon. Dr. Gubler was the Navy Chairman for the Committee of Trauma for the American College of Surgeons. He chaired the Advocacy Committee for the Society of Critical Care Medicine.

Dr. Gubler's clinical experience includes all aspects of general surgery, surgical oncology, endoscopy, minimally invasive surgery, and surgical critical care. In particular, he has had clinical interest and expertise in abdominal reconstructive procedures. He has maintained an interest in clinical research and has published extensively.

Following retirement from the Navy in 2001, he entered private practice with Pacific Surgical and became a staff surgeon, Director of Critical Care and Associate Trauma Medical Director at Legacy Emanuel Medical Center in Portland, Oregon. After twenty-nine years he retired from taking trauma call in October 2019.

Dr. Gubler has served on numerous national and state committees. Most recently Dr. Gubler was appointed by the Governor to the Oregon Medical Board in 2014 and served as Chairman of the Board for two years completing his term in February 2020. Dr. Gubler received many awards throughout his career including the Anthony J LaPorta Order of Military Excellence, the Regional Champion Award (Region 6) National Organ Donation and Transplantation Community, two Presidential Citations from the Society of Critical Care Medicine and The Navy's Meritorious Service Metal.

Dr. K. Dean Gubler discloses that he has no relevant financial relationships with any organization producing, marketing, reselling, or distributing health care goods or services consumed by, or used on, patients relative to the content of his presentation.